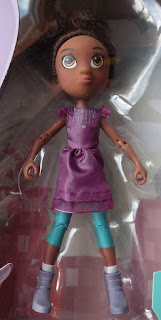 I had the pleasure of working with the Goldie Blox design team to create the dress pattern for the Ruby Rails Skydive Action Figure that was released in 2015.

It started with a sketch from the character designer at Goldie Blox. Ruby is a fashionable coder, so they wanted to represent that in her outfit. They liked the idea of a cute dress, with a tulle underlay along with a printed pattern on the bodice that would highlight her computer skills.

I showed the team a lot of different fabric options with colors in the coral pink and magenta families. Ruby is friends with Goldie who wears purple overalls, they wanted something that would complement but stand out from Goldie's outfit. They ended up with a purple/magenta color, but it stands out against Goldie's lavender/purple overalls. 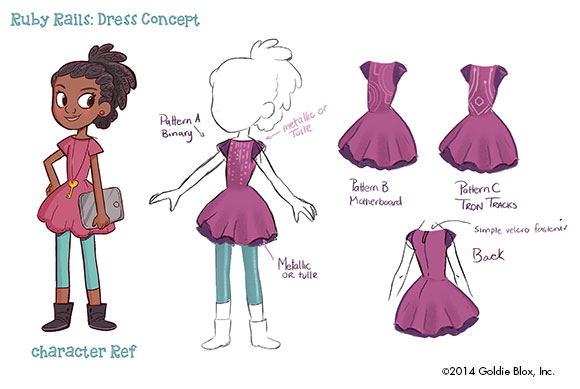 Building a dress pattern for a doll is pretty similar to making clothes for humans. One difference is that with the smaller size you have to factor in tiny seam allowances, but you can often remove seams to simplify the sewing.  Ruby's dress doesn't have any shoulder seams, because they are unnecessary for a doll her size ( 7 inches tall) and it creates fewer pattern pieces which is easier to assemble.

Pretty quickly the idea of a print on the fabric was thrown out, but the shine of liquid lamé was very appealing to the team. 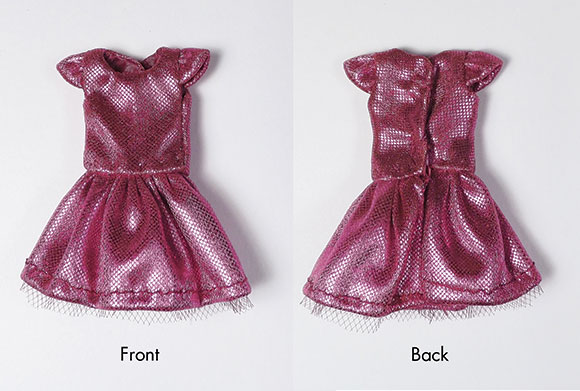 I made a sample with the liquid lamé fabric that the teamed like, but when they got the manufacturing prices back it turned out it was too much. So I worked on the next version in a simpler fabric with ribbon sleeves and a ribbon sewn into the hem to create the look of a double layer of skirt without the cost. That combination turned out the have the right cost and a style that worked for the team. 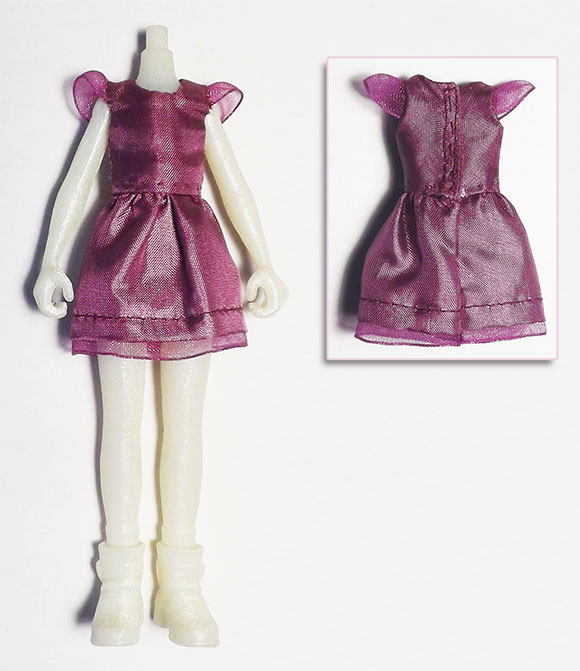 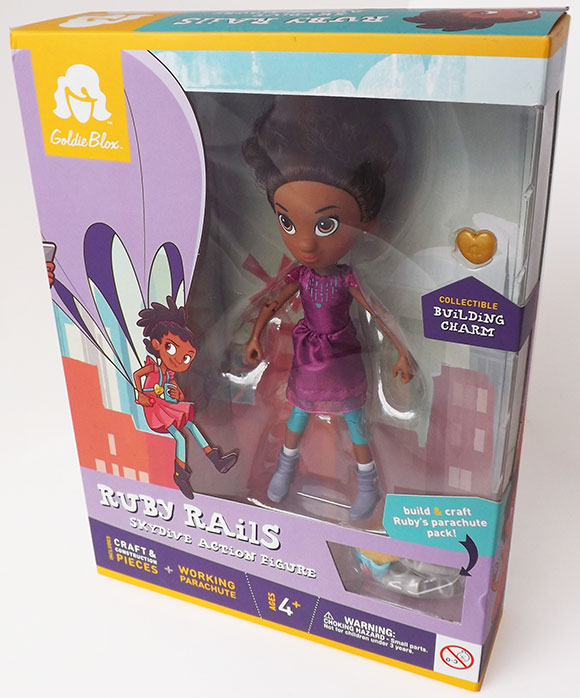