Cartoonist Sophie Goldstein contacted me in the fall of 2013 to see if I would create a plush toy of her character Skittles as one of the rewards for her kickstarter campaign. Since there is a bit of unknown when you start a kickstarter campaign; we weren't sure how many people would want the toy as a reward as well as if the campaign would succeed at all. So as her campaign kicked off I had only done some speculative sketches of what this toy would look like. Fortunately, the kickstarter campaign was a rousing success and exceeded its goal to take her web comic Darwin Carmichael is Going to Hell and collect it in a printed book. Once the campaign ended, Sophie wanted 70 Skittles plush made to fulfill the rewards, so I had to get to work!

Since Sophie and her co-creator Jenn Jordan have been creating their web comic since 2009, there are tons of reference images of Skittles. Using the comics as reference, I made some rough sketches exploring some shape options and trying to determine what the toy should look like. 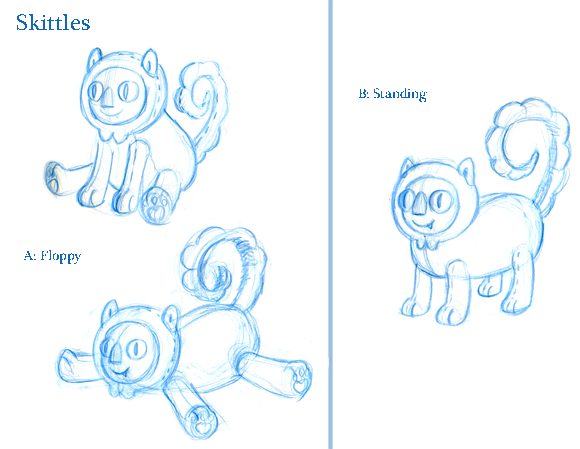 Sophie wanted the Skittles toy to have floppy legs but mostly fall into a sitting position. I tightened up the sketches and did a three view turn around that would should the details that were necessary for me to reference once I got started building it. 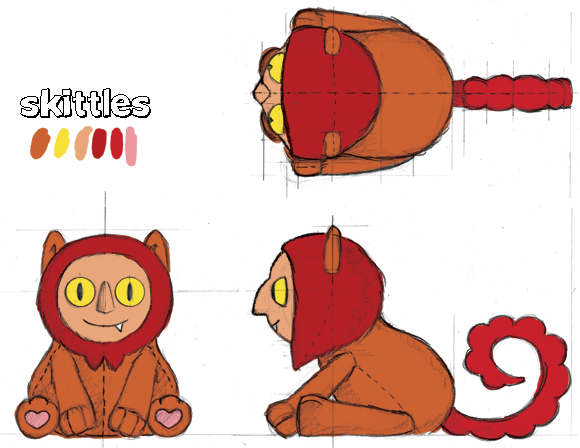 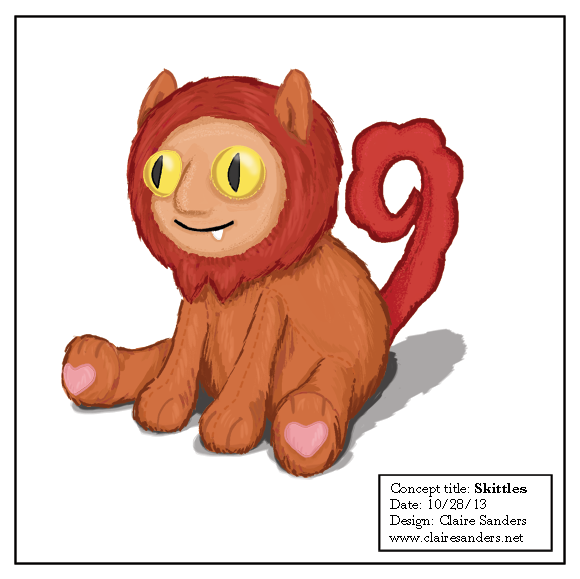 Once the sketch was approved I got started making a muslin mock up. I didn't use the final fabric yet because it takes awhile just to get the shaping right and it would have been a waste of good fabric, so start shaping in inexpensive muslin. Once I had a shape that looked right to me, I sent photos to Sophie. Based on her feedback I made some tweaks but ultimately got a shape that looked good. Since the muslin doesn't necessarily act like the finished fabric I have to be aware of that during construction. I knew the eyes would be made of a knit fabric because I didn't want any seams and I needed the stretch, so even on the rough prototype I used a knit fabric to make the shape come out correctly. 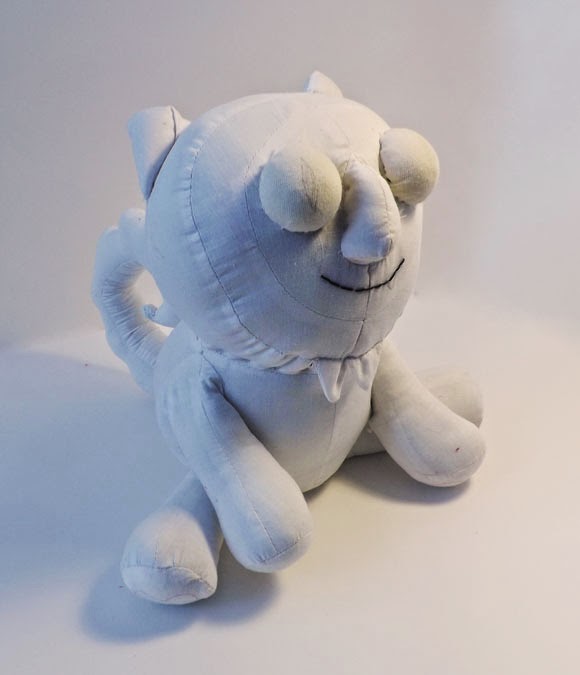 With a muslin prototype that looked good, I needed to finalize the fabric choices. Since Sophie and I don't live in the same place I sent her lots of different fabric swatches to choose the materials of Skittles from. This way she could feel and see the actual colors that the toys would be made of. 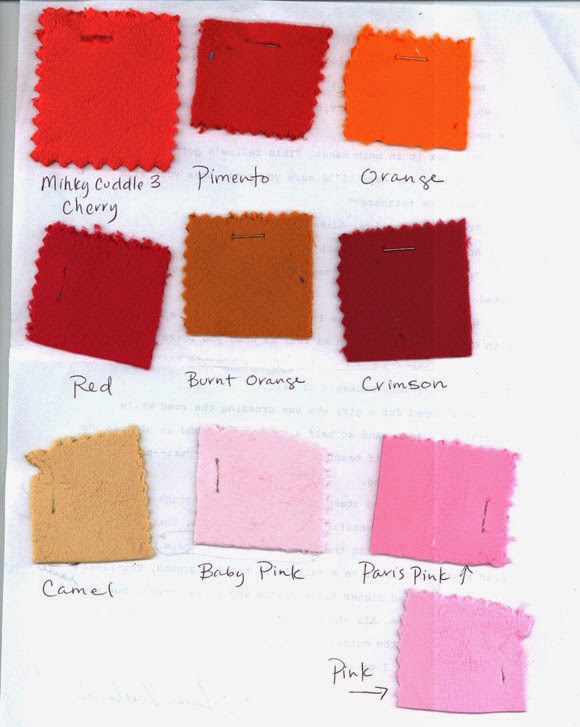 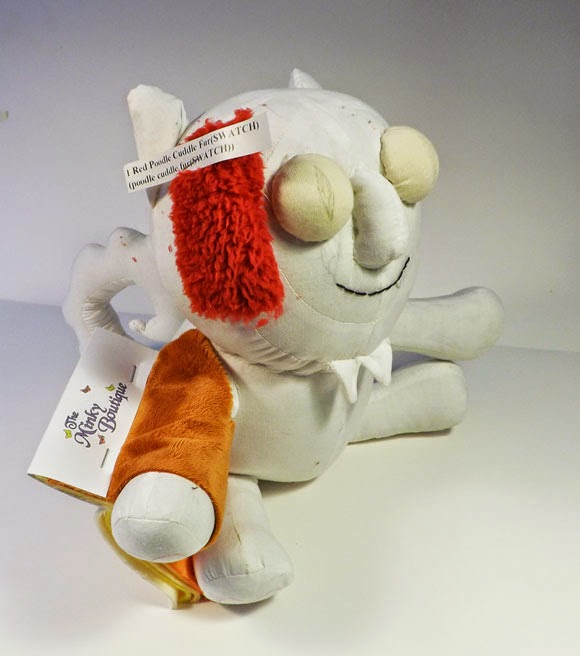 Once the fabrics were approved and ordered, I got started on making the first finished toy. 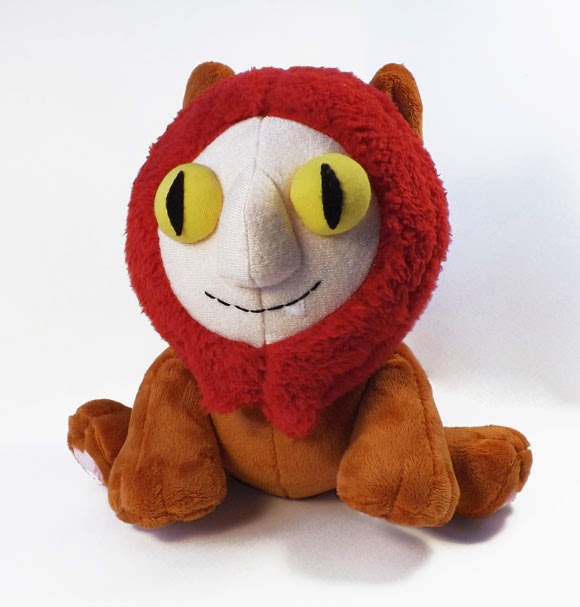 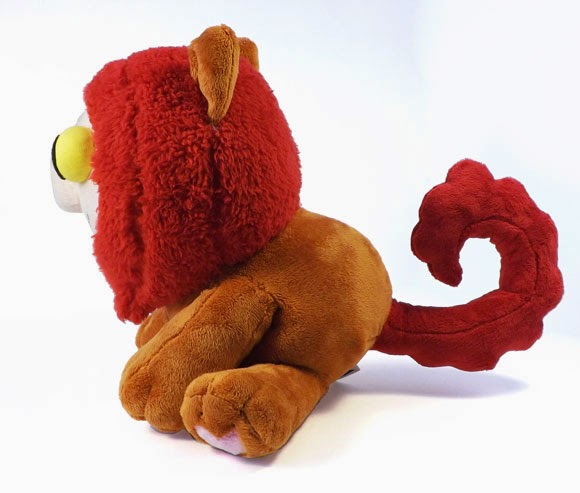 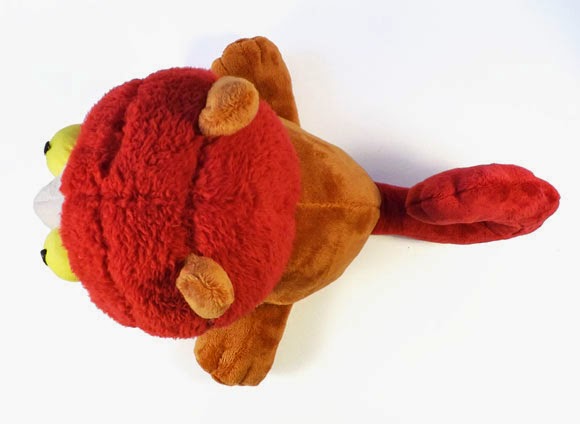 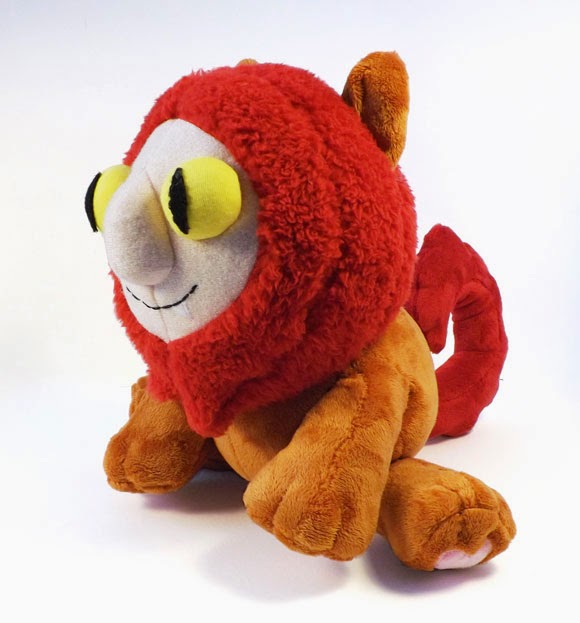 With the first piece completed, I now set on making the rest of the 70 pieces. Since I was cutting out so many pattern pieces, to stay organized, I kept them all in separated bags and just grabbed them as I assembled each section. 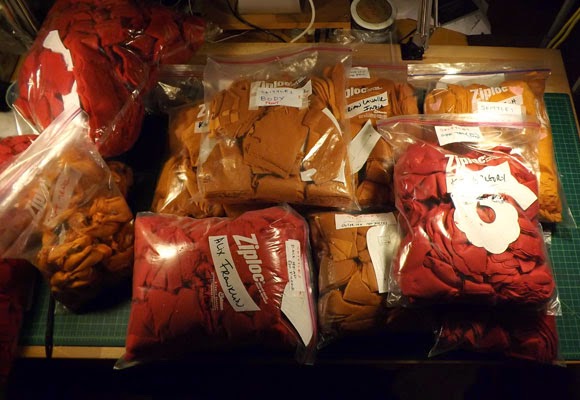 All the ears, folded and ready to be sewn closed before attaching them to the head. 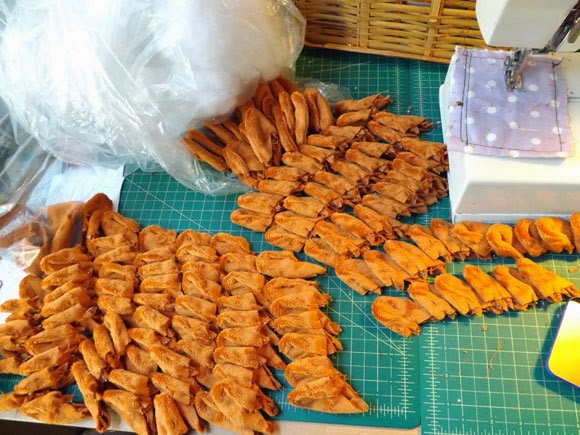 Hand sewing the eyes to the face. Since they needed to be a specific half dome shaped it made more sense to have them be supported by a foam under structure instead of trying to create the sphere with stuffing. That required them to be separately attached by hand. 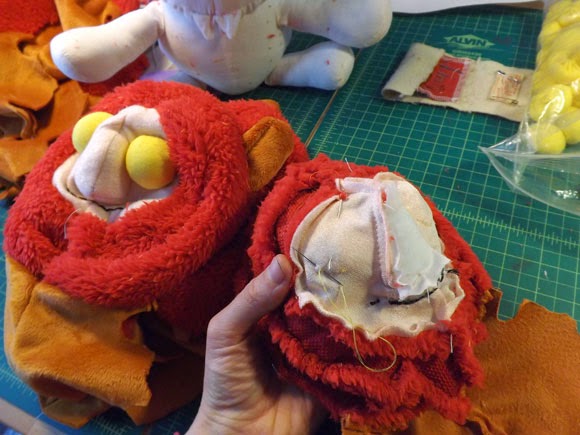 Front half of the bodies assembled. 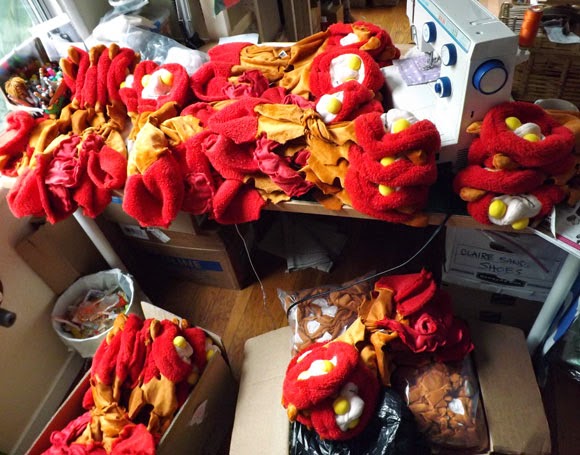 The completed seventy plush Skittles toys packed and ready to be shipped out. 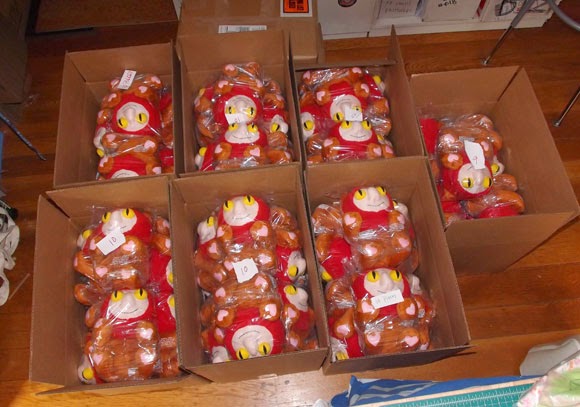 This was the most of a single toy that I've made all at one time. I learned a lot about small scale mass production, specifically trying some new tools to speed up the cutting process. I finally got a rotary cutter which let me cut out some of the larger pieces faster. I researched some craft cutters to see if they could cut out thicker fabric, hoping that would help me not have to cut all the pieces out myself. Unfortunately all the paper/fabric cutters I  looked into didn't show thick textured fabrics. I still want to see if a laser cutter could speed up the cutting process, but that will have to be for another project.
Posted by Claire Sanders at 1:10 PM