In the spring of 2012, I made Alec a plush version of his wolf dragon character from his comic Basewood. At the time I thought I would only make one as a gift to him, as well as fun item he could display on his table at conventions.
Alec completed a successful kickstarter campaign in September 2013 to raise funds to get Basewood printed. As one of the rewards, I offered to make five more of the plush Basewood monsters. It took longer than I thought to get around to making five, but they're finally finished and shipped off to the backers. 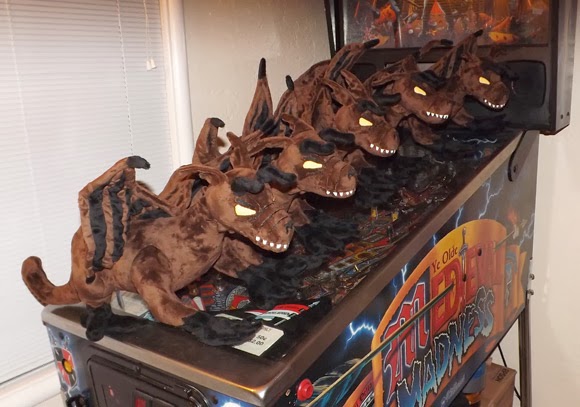 When I design a plush toy that I know I'll be making many pieces of I usually simplify the pattern as much as possible.  But when I made this monster I thought I would only be making one, so there are a lot of hand sewn details and complicated pieces. I had saved the original pattern but I didn't write down any of the construction details, so I had to refresh my memory as I began to make five more.
I made sure that Alec approved the correct colors and textures of the fabrics, as his comic is in black and white so it was up to him to tell me the right colors. 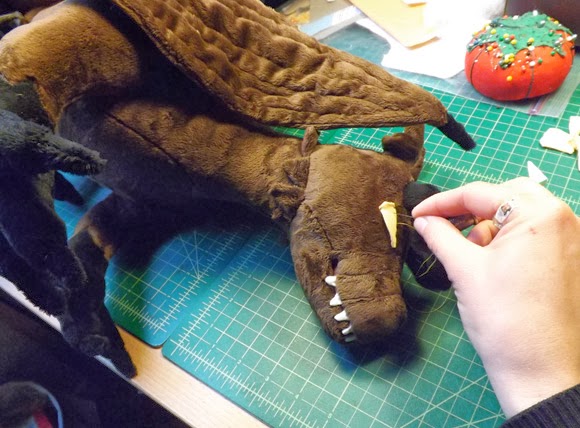 The monster is pretty detailed with all the spikes, claws, eyes, eyebrows and muzzle details being sewn or embroidered by hand. 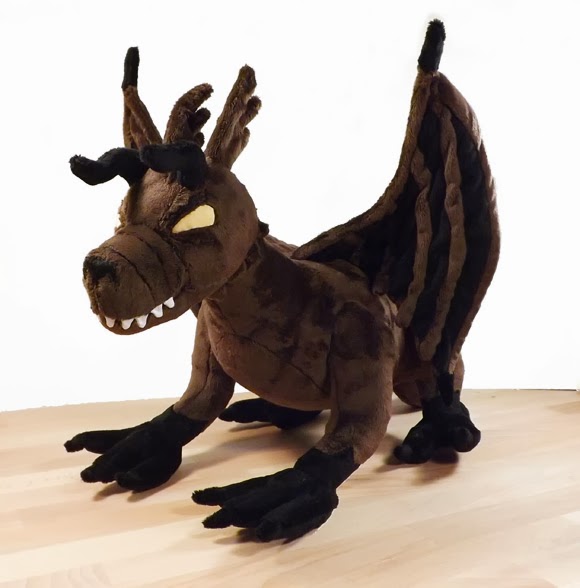 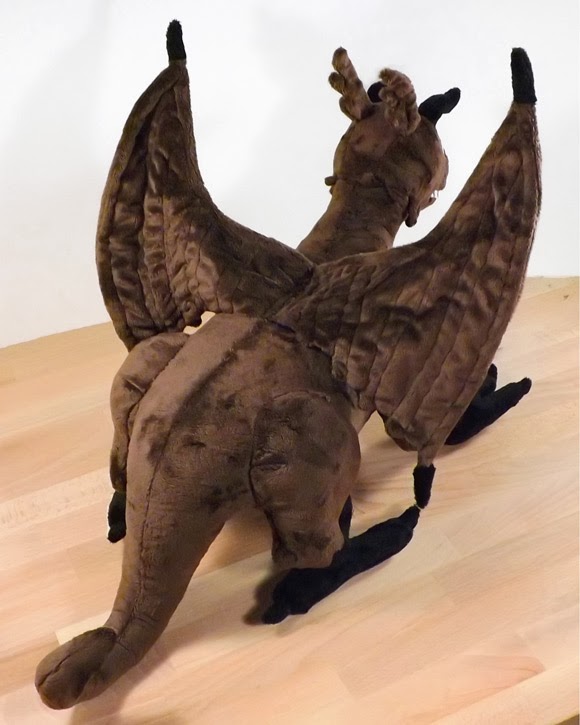 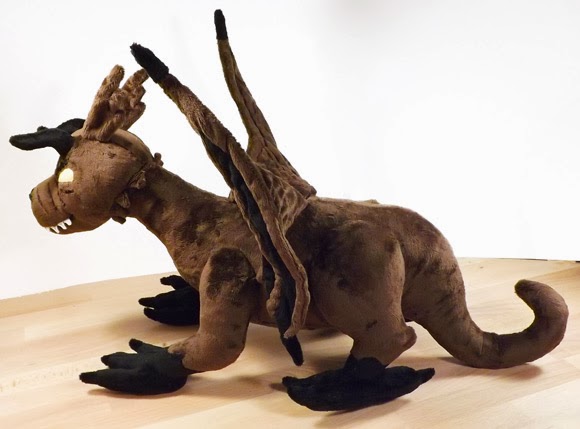 Basewood is finished and back from the printer, check it out here:
www.alec-longstreth.com/basewood/
Posted by Claire Sanders at 1:29 PM