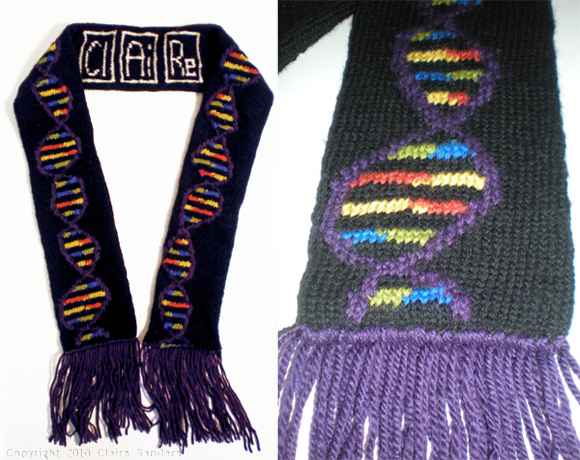 I finished this scarf in February of 2010, but since I moved from the mild non-existent winters of Oakland to the very real winters of Vermont I'm finally wearing it. I did a circular knit so that the stockinette stitch wouldn't curl, time consuming but extra warm. I mixed one real element Cl (Chlorine) with some fake ones to spell my name on the opposite side of the DNA pattern. I love being able to knit any design into it, but this style just takes way too long to make so I won't be making a scarf like this again for a long time.
Posted by Claire Sanders at 1:38 PM