When my Grandma passed away in 2016, I inherited some of her half finished knitting projects along with some knitting patterns she had saved. Included in them was a pattern to make Christmas stockings from McCall's Needlework and Crafts September/October 1982 issue.

My daughter Suzanne didn't have a stocking and I found some extra time to use the pattern to make her a stocking of her very own.  Since the pattern was pretty old, I didn't think I would find any of Aunt Lydia's heavy rug yarn and I only had so many sizes of double pointed needles, I decided to wing it.  Luckily a Christmas stocking doesn't have to fit anyone I didn't do a gauge check, instead I just looked through my yarn stash, picked out some colors and got started. I mostly used Paton's classic wool yarn with a couple other random yarns thrown in. 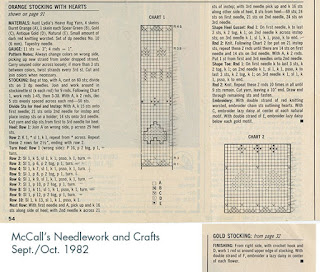 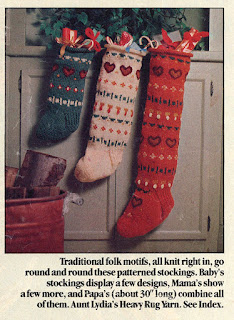 I used the pattern as a starting point, but I wanted to include Suzanne's name in the design. I worked that out on graph paper ahead of time and just started putting it in while still working on the pattern design. I didn't have a ton of the original red so that's why I added in some green stripes. I ended up buying another ball of  red wool yarn to finish out the foot, it's not the same dye lot but I think it works.

The stocking is about 23 inches long from the top to the toe. It should be a good size to cram lots of little presents into. 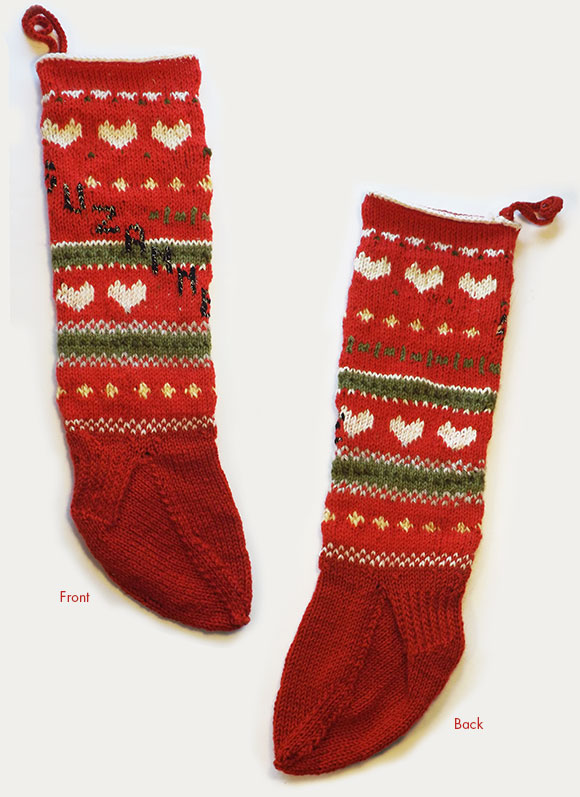