Lots of friends are having babies this year, which has given me a great excuse to try out some new knitted baby patterns. So far I've made two different versions of the "Gidday Baby" sweater pattern by Georgie Hallam, you can find it for free on Ravelry.

The first version I made was for a baby that was a surprise to what sex it would be. Instead of sticking to classic pastel colors, which I'm not that crazy about, I went in the other direction with deep jewel tones. Even though this one is navy blue I don't see why a baby girl couldn't wear it, but they did end up having a boy. 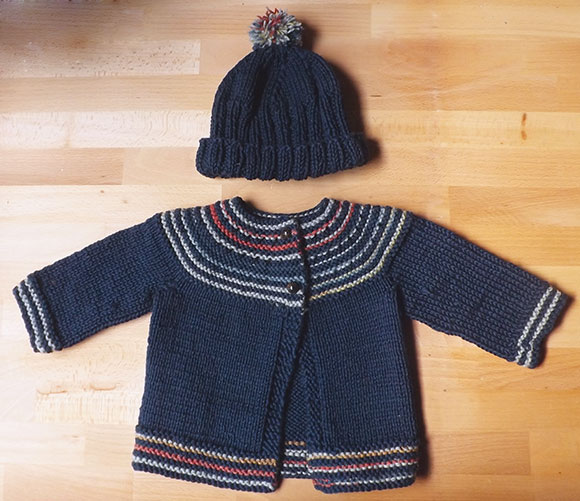 The pattern for the hat is a variation of the Bernat King/Queen Baby hat. Once I started making it, it just didn't seem the same as the photo, when I made the crown part it just didn't look right so I didn't add it. Instead I added a pom pom in the contrast color to pull the two pieces together. 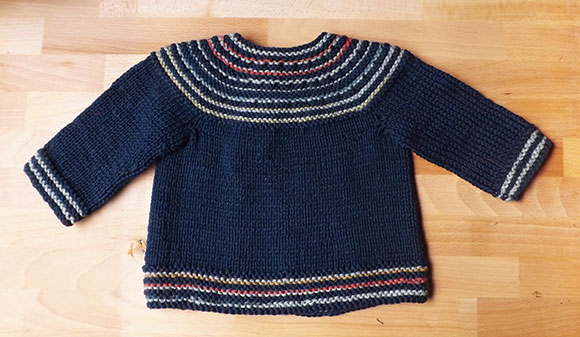 I used Patons Grace 100% mercerized cotton in Navy for the body of the sweater, but I doubled up the yarn to get the right stitch count. For the contrast stripe I used Patons Kroy Socks yarn, 75% Wool 25% Nylon in Blue Striped Ragg.  I also doubled this yarn up to get the correct stitch count. I chose cotton and preshrunk wool so that it would be easily washable. 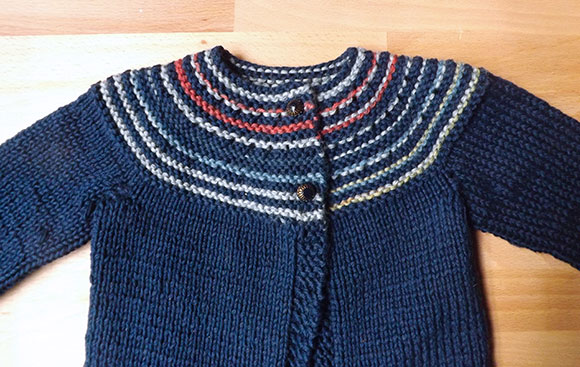 For the second sweater I used the same Patons Grace yarn in Navy for the contrast color but found enough cream colored yarn in my stash to complete the body. I think it was a synthetic blend but I had lost the label long ago. 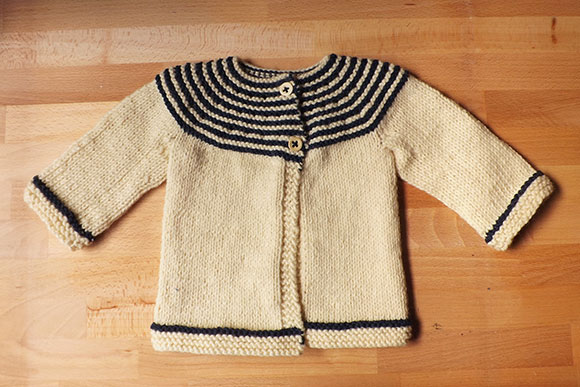 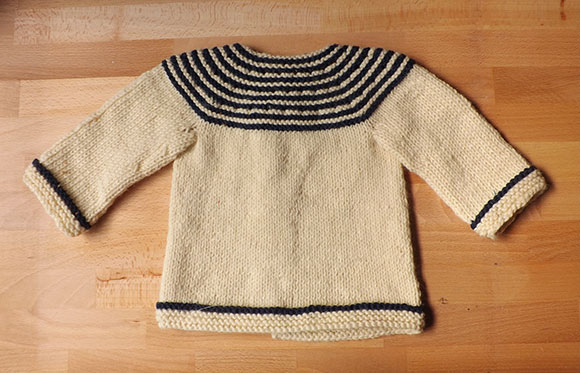 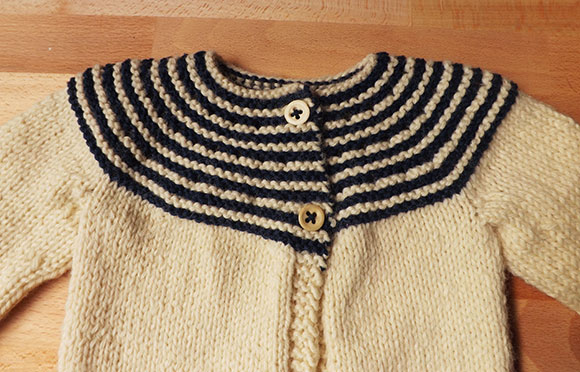 I really like that you can knit the sweater all in one piece from the yoke down, plus the contrast stripe gives a nice detail with lots of room for color variation. I'm sure I'll be making more of these in the future.
Posted by Claire Sanders at 9:00 AM